All our lawyers deal exclusively with employment law. They also have experience in other areas of law, which occasionally can be an advantage.

In respect of employees, we are a claims management company authorised and regulated by the Financial Conduct Authority.

Peter is the principal and proprietor of the firm. He is an employment lawyer and specialises in litigation in the employment tribunal as well as non-contentious work. Peter has been exclusively dealing with employment law matters on behalf of both employers and employees since 2002, when he established the practice. He has represented clients in some very complex and high value employment tribunal cases. These cases include several disability discrimination cases which, unusually, involved claims for personal injury and several multi-party TUPE cases, including cases involving the government, companies in administration, several controversial points of law and a potential referral to the European Court of Justice. He has secured successful outcomes in cases against parties represented by some of the world’s largest law firms. Peter has also presented law seminars on behalf of the government’s business support service, Business Link.

Prior to specialising, Peter worked both as an in-house lawyer and for commercial firms of solicitors in the City of London and locally, including one of the world’s most eminent law firms. His work, in addition to employment law work, included undertaking commercial litigation in the County Court and other legal work in a variety of areas of law. His clients included well-known companies.

Peter’s experience in a previous career as an accountant, as an in-house lawyer and of several years of running his own business, helps to make his advice commercially-focused and well-rounded.

Peter has completed solicitor-level courses in all areas of law relevant to employment law, and also holds a BA honours degree from London University. 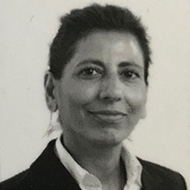 Uzma worked as a solicitor specialising in employment law for 15 years before joining us. She is highly experienced in all aspects of employment law and in dealing with both contentious and non-contentious matters. Uzma has substantial experience in advising and representing directors, senior executives, employees and a wide range of employers, from globally recognised companies to SMEs. Uzma has consistently achieved excellent results for her clients.

Thushara (known as ‘Tosh’) has eighteen years post-qualification experience advising, acting for and providing training to businesses and organisations in employment law matters. He has mainly worked in practice but also spent two years working alongside human resources specialists in an HR consultancy. 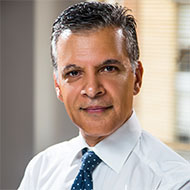 Mark Legister is a Senior Associate Employment Law Solicitor of Astute HR Ltd, providing over 25 years of expert advice to employers and employees in a broad range of industries and professions at all levels, including director level. His practical and pragmatic problem solving skills has led to big wins for clients without the need for costly Employment Tribunal proceedings. He also has a knack for unravelling and simplifying the most complex and difficult of legal cases. 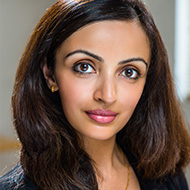 Hetal Gir is a Senior Associate Employment Law Solicitor at Astute HR Ltd, with over 13 years’ experience of advising both Claimant and Respondent clients across a broad spectrum of both contentious and non- contentious employment law and HR matters. Hetal regularly advises senior professionals and HR departments across a broad range of sectors and has experience of ET advocacy. Her practical and commercial approach to resolving matters along with her strong negotiation skills has led to excellent results and client feedback.

John has over 45 years of experience in the fields of HR and Employment Law and has specialised in Employment Law for more than 25 years. This extensive experience, combined with his financial background, means John offers both highly practical and commercially-focused advice on employment law issues.

John also has vast experience of representing both claimants and respondents in employment tribunals.

John has been awarded Companionship of the Chartered Institute of Personnel and Development (1990).

(Fellow of the Institute of Legal Executives)

Ashley has over thirty years experience in providing legal advice to and acting for companies, from large ‘household name’ companies to small businesses, and plays a large role in running this firm. Ashley, therefore, has a very good understanding of the needs of business.

Ashley is a Fellow of the Institute of Legal Executives and is regulated by this body. He has completed solicitor-level courses in all areas of law relevant to employment law. Ashley is a member of the Employment Lawyers Association, the Industrial Law Society and the Discrimination Law Association.

Ashley is qualified in and has extensive experience in other areas of law, including commercial law and personal injury.

We work with a Barrister’s Chambers in London through which we can provide the services of a specialist barrister where this may be beneficial.